Have you ever gone to sleep one night, awakened the next day and found yourself in a very different world—without a single drop of alcohol involved? In one sense, I have found myself in such a situation. Having followed the promptings of my primary teacher, Emilie Cady, I have gone alone, thought alone and sought the light of spiritual understanding alone. Prompted by a three-plus-year series of events, I sorted through much of the thinking that has culminated in my life as a Unity minister. I’ve examined and re-examined the values that led me down this path until I reached a healing understanding of why I made my choices. Most importantly, I have allowed myself, using a metaphor of Jesus, to redefine the standard for fish I keep and fish I throw back.

Mine is not unlike the experience of the caterpillar responding to the call of something more. Having eaten its fill of the fibrous roughage abounding in its earthbound world, it responds to the urge to go alone, to encase itself in a chrysalis of inner reflection, surrender to a new but strangely familiar process from which it emerges a butterfly with newly acquired abilities and a taste for the refined nectar of the flowering plant. It does not leave this world but experiences it anew. The I that was the caterpillar foraging from plant to plant is the same I that now flitters among a rainbow of flowers.

My chrysalis has been the process of The Complete Soul, a book intended to summarize and articulate those seed ideas I find scattered throughout my earliest writings. And yet I have always sensed this direction, while somewhat new to me, was not new to others who have recognized that it is not the butterfly’s world or its inherent makeup that is in need of change. Omnipresence furnishes laws governing the earthbound and those who have taken flight. We are accommodated at any level we choose.

Over the span of a few short months I have stumbled unexpectedly into a community of kindred spirits, most bearing scientific, philosophical and spiritual pedigrees. I will write more of this in a moment. For years I have had a fascination with both our cosmic and human origins. As a minister, I am quite familiar with the depiction of Biblical creation and science’s inevitable rebellion to its simplistic approach. I have also familiarized myself with science’s answer to this ancient mythology that seems to demand one be long on faith and short on logic.

I have a deep respect for science and the phenomenal fruit of its disciplined labors. I puzzle, however, over its insistence that matter gave birth to life and that human consciousness is a product of the brain. My interest in near-death research is prompted by what appears to be irrefutable evidence that consciousness is not dependent on the brain, that the death of the body is not the death of the soul. I have always accepted that the soul survives so-called death, but I am very interested in those scientists who are applying themselves to this field of research. I am particularly interested in the elevated state of consciousness described by many who have a near-death experience. This advanced state does not suddenly come into being with the death of the body but apparently already exists. Far from generating the soul, the brain and body apparently greatly restrict the capacity of the soul. I have concluded, therefore, that the notion of soul evolution is a myth. The religious and spiritual disciplines that include the evolving soul actually hinder the level of spiritual enlightenment that is available to every individual.

Today, as never before, every person with a computer has access to the greatest minds and the most cutting edge science and philosophy in the world. It was through this digital venue that, while pursuing my interests in the subjects of cosmology, the origin of life, near-death and the advent of our own species (all of which I find relevant to my spiritual interests), that I stumbled into the above mentioned community of kindred spirits. I say “community” not because you’ll find them living together in some 21st century version of Findhorn, but because they share, in one or another of its many forms, the common philosophy of nondualism. Roughly speaking, this philosophy, which is found in ancient Eastern religions as well as much Western spiritual thinking, names consciousness, not matter, as the fundamental basis of the universe. With only a few exceptions in terminology, I find The Complete Soul rests quite comfortably in this philosophical framework.

Because consciousness predates matter, and if we choose to use the term in this context, we would do well to distinguish it with an upper-case C, as in Consciousness. Stripped of its anthropomorphic implications, we can also simply use the word God, as in, in the beginning, God …. Obviously lacking our current scientific understanding of the universe, we can easily credit this ancient writer with such an intuitive insight. As a product of Consciousness, all people of all ages have access to this primary Source. All are capable of discerning its behavior and its relation to the realm of matter. Why should the author of Genesis be an exception?

With Consciousness as the ground force of creation, we can likely take some version of science’s Big Bang and fit it into a Consciousness-driven universe. That science still refuses to take this leap is in no way indicative of what is actually true. The scientific view of the universe is, after all, a work in progress, a highly revised mathematical model. And with the concepts of dark matter and dark energy already nipping at its heels, we will, in all likelihood, soon find this theory in the heap right next to the flat earth and earth-centered universe.

When I watch interviews and Q&A sessions with these deeply empathetic teachers of non-duality, I see a replay of Jesus’ encounter with Nicodemus, that intellectually grounded academic who was attempting to cram the boundless soul into the confines of his senses-based self-image. I observe teachers like Francis Lucille, Rupert Spira and the full-hearted Jamaican-born, Anthony Paul Moo-Young, better known as Mooji, interact with students who anxiously pick their brains for the key to the complete consciousness the teacher holds as ever-present. While this quest for understanding often takes the form of a complex though unintended word game, the wisdom in the responses of these teachers is as self-evident as their compassion for the inquirer.

Aside from my relatively limited exposure to Eastern religions, I have absolutely no background in any of the Eastern traditions in which the concept of nondualism can be found. This, of course, is of no concern to me, for every principle I have encountered in the philosophy of nondualism is embodied in the teachings of Jesus. These are principles any who start with the omnipotence of God and the fully-developed soul will likely discover. I have, in the quiet of my own room, reached many of the same conclusions expressed from within this lively community. I may even surprise myself one day by attending the annual Science and Non-Duality (SAND) conference held in California. Then again, I’m not driven by the need to become a part of yet another group. It may suffice to simply know there are others out there who hold the compatible view that the notion of soul evolution is a myth in need of expulsion from our spiritual vocabulary. To put it frankly, the soul is not ours to evolve. We are its.

That each of us shares a point of awareness we identify as that unchanging central I that has been witness to all the many events through which we have traveled, indicates the universal nature of consciousness. Likewise, we share the universal desire to be free, but not because we are voicing some pipe dream that may, at the end of a very long evolutionary path, be finally realized. We long for freedom as a spiritual birthright. The soul that is our very basis of existence has known nothing but freedom. The caterpillar spins the chrysalis, rests for a period and emerges as the butterfly while claiming a constant “I” through this entire dramatic transformation. It can say I began as a caterpillar and I have become a butterfly. I express changes in my condition while the I that I am is changeless. Even from within the apparent confines of the chrysalis, the soon-to-be butterfly does not experience confinement. Its I rests peacefully in this very productive stage of quiet. Its external condition is irrelevant to its process. It is cradled in the loving arms of the cosmos every step of the way. In the span of a single lifetime, without instruction or prodding of any form, this insect fulfills the soul’s purpose for taking on a body. Should we expect less?

Through the window of the prison of our self-image in which we have unknowingly confined ourselves waft breezes from the reality of our spiritual countryside. Huddled beneath the patch of sunlight that also streams through our window, we imagine the hills and valleys beyond our walls bathed in unconditional light. From our cell, we study the laws of sunlight under the superstition that the more we know about the nature of the sun, the greater our right to partake in the full glory of its warmth. The greatest irony of all is that we look at the door of our cell and see that it stands open. There are, in fact, no natural barriers between where we sit and where we intuitively know we can be. No one and no thing holds the key to this door. It has no lock. Yet we feel so safe in our familiar cell that we have convinced ourselves of the need to stay and learn the laws of life within these walls before we earn the right to graduate and move beyond them.

Nonduality teaches that consciousness is the fundamental reality behind all we see. Consciousness has no beginning and no end. It is the Alpha and Omega that has been present forever. God, the Creative Life Force, is my preferred name for it. The term consciousness has other, more concise uses. Whether we call it Consciousness, God or the Complete Soul, this dimension is the spiritual home we long for and, in truth, have never left. It is in us and in it we live and move and have our being. The unnatural barriers that keep us in confinement are perceptual only, conditions that might exist in the impossible absence of Omnipresence.

For me, it feels as if a new day has dawned. What this day holds remains to be seen, but I have a very good feeling that that which brought me to this point can hardly wait to show me.

6 thoughts on “Nonduality and The Complete Soul” 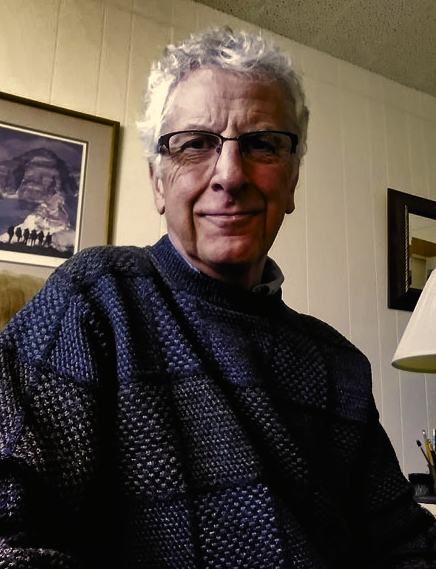